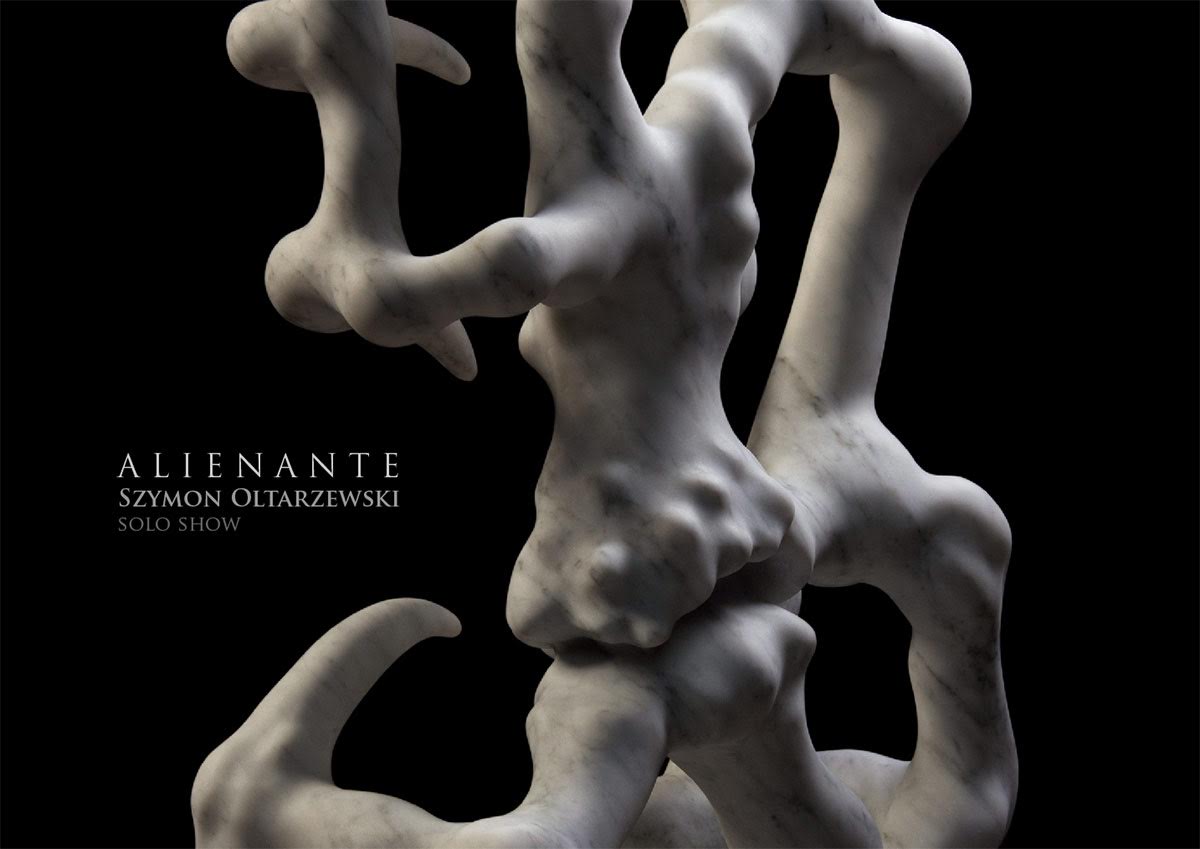 The latest production by the Polish sculptor Szymon Oltarzewski maintains a link with the presence of substance, but with a change in form. The marble is always the undisputed protagonist in his work. The works come to light with large blocks extracting the ecological organic form; reminiscent of cells, where bodies allude to them with morbid movement and superficial refinement that is guaranteed through the smoothness of the materials. Oltarzewski recounts the story of the evolution of these bodies, their natural subject and their transience through a material that is in no way frail. He almost transforms the pieces into small, modern monuments. The subjects represented constitute a repertoire that sweeps the cellular world of the human being and surpasses it in a continuous dialogue between the microcosms and macrocosms, from simple life forms and complex organisms, who connect between their correspondent regime and equivalence as every piece has value both as single entities and as part of a whole. His latest work, which will be shown in this exhibition, has an architectonic form, appearing as the skeleton of a complex structure or as life form that does not belong to the world as we know it. From this idea rises the title of the exhibition, “Alienated”. Here, the word is meant to avail a two-sided significance: on the one side, it remains alien, seen as not only an organism coming from a different planet than ours, but it is also understood as a more etymological narrower, namely as “something alien to our everyday lives”. On the other hand, it wants to bring the spectator to an alienated dimension, understood as estranged from itself the necessary stage of becoming both as present beings and in mind.